MORFOSO originates from a co-operation between Louis Poulsen Lighting and The National Laboratory for Sustainable Energy (Risoe DTU) who in 2004 agreed to develop prototypes of lamps based on Light Emitting Diode technology (LED). In January 2007 MORFOSO started as an independent business with the goal of designing and market lighting products based on LED.
The company consists of Hans Falleboe and Jacob Andersen. Hans is former Head of Design at Louis Poulsen, where he was responsible for products such as Collage, Flindt, PH Outdoor series and other products on the retail and contract market.
Jacob Andersen is a former lighting expert at Louis Poulsen responsible for development of light, lighting and optics. He was Louis Poulsen’s key person on the LED field. 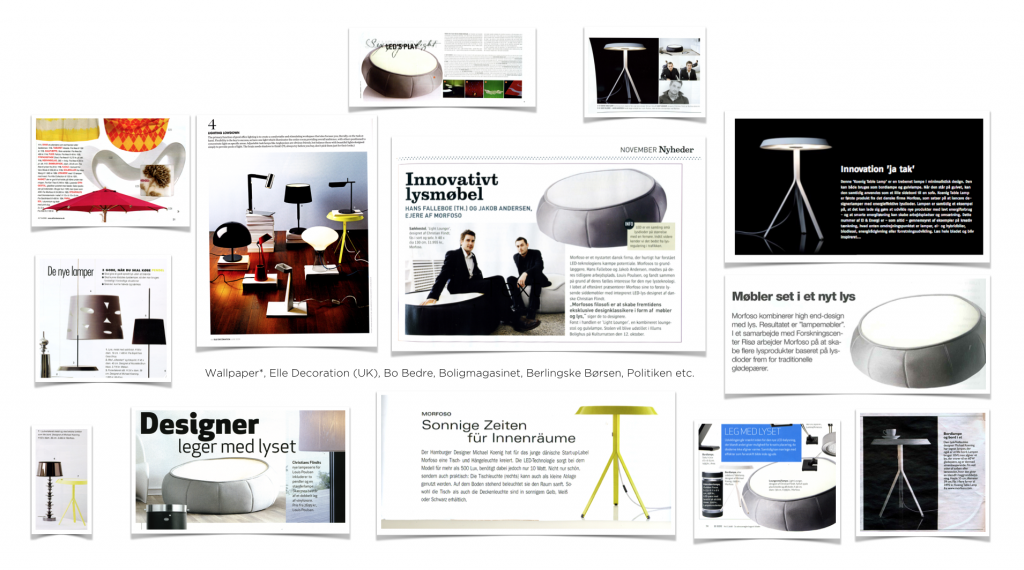